Contrasts and Conflict in the Sumatran Rainforest

Made possible through https://www.photographerswithoutborders.org/ and the PWB School. Thanks to this amazing outfit I am now eligible to work with over 75 different NGOs in 40+ countries and more coming all the time.

A story of contrasts and conflict. On Sumatra, one island in the nation of Indonesia and the sixth largest island in the world, the landscape is rich with two types of greenery. One is the natural forest, declining at an alarming rate, and the other being palm oil trees, that produce a magical element that goes into everything from shampoo to cereal to biofuel. It is hard to find anything that is produced or processed in our modern world that is not touched by this feat of agriculture. But in the forest, there is magic as well. With a biodiversity that is unmatched across the globe, the Sumatran rainforest is home to flora and fauna not found anywhere else in the world. It is also home to the Sumatran Orangutan, and the newly discovered Tapanuli Orangutan of which there are estimated to be only 900 in the forest here.

Most people who have some familiarity of the orangutans will think of a place called Borneo, but probably would not be able to find it on the map. It is the larger sister island of Sumatra and home to almost 75,000 orangutans, whereas Sumatra is home to a dramatically shrinking population of 15,000. It is worth consideration that both rhino and polar bear populations are also approximately 15,000 each and get far more news coverage and concern over this Great Ape that shares 97% of our DNA.

And yet, the palm oil forest continues to trample the natural rainforest on this island which is larger than the state of California. Over 50% of the tropical rainforest has been wiped out for the oil palm crop. Like a bully constantly picking on the weaker prey, it encroaches on the buffer zones, tramples the hardwood and endemic fruit trees, and when confronted with resistance, simply burns its opponent to the ground filling the entire Southeast Asian region with the billowing smoke of its conquest. Sumatrans beam with pride at this undeclared symbol of their island nation. It puts Sumatra on the map so to speak. It doesn’t matter that it is mostly unsustainable or de-nurtures the very soil that gives it life. That the pesticides and fertilizers seep into the groundwater systems. Or that the trees themselves require more water than even this fertile climate can easily provide. As with most places of hope, it is the children of Sumatra that hold the keys to its future. The current generation are unconscious of this trade-off. They see the plantations providing jobs, mosques, homes, and a life for their families. Most of the children in the largest city of Medan don’t even know the Indonesian (Bahasa) name for orangutan, which is mawahs. They see the creature as just another monkey. They are taught in schools about the bully, but not the prey.

In conflict, there must be an attempt at collaboration, negotiation, and desire for mutual outcome. For Sumatra, it is not about ripping out all the palm oil plantations and reforesting this enormous island. It is aligning the goals of the business with sustainable practices, creating sanctuaries and wildlife corridors to allow business and nature to co-exist.

There is indeed some hope here in Sumatra. A three-year moratorium on palm oil has been enacted so that they can study and design a step forward in a sustainable plan.  A small but critical and welcome step. With some optimism, the children of the cities can learn about the ecological importance of their natural forests alongside the scientific process of the palm oil that they learn today in the classrooms. And how the mawahs and other animals in the rainforest play a key role in the life of the coming generations of their people.

If you would like to help the @orangutaninformationcentre purchase additional acreage for their sanctuary, please visit https://www.grouprev.com/sumatranwildlifesanctuary-jon-lloyd and give whatever you can. Every $5 or $10 helps and is completely tax deductible thanks to @photographerswithoutborders.

Thank you for reading and sharing my story! 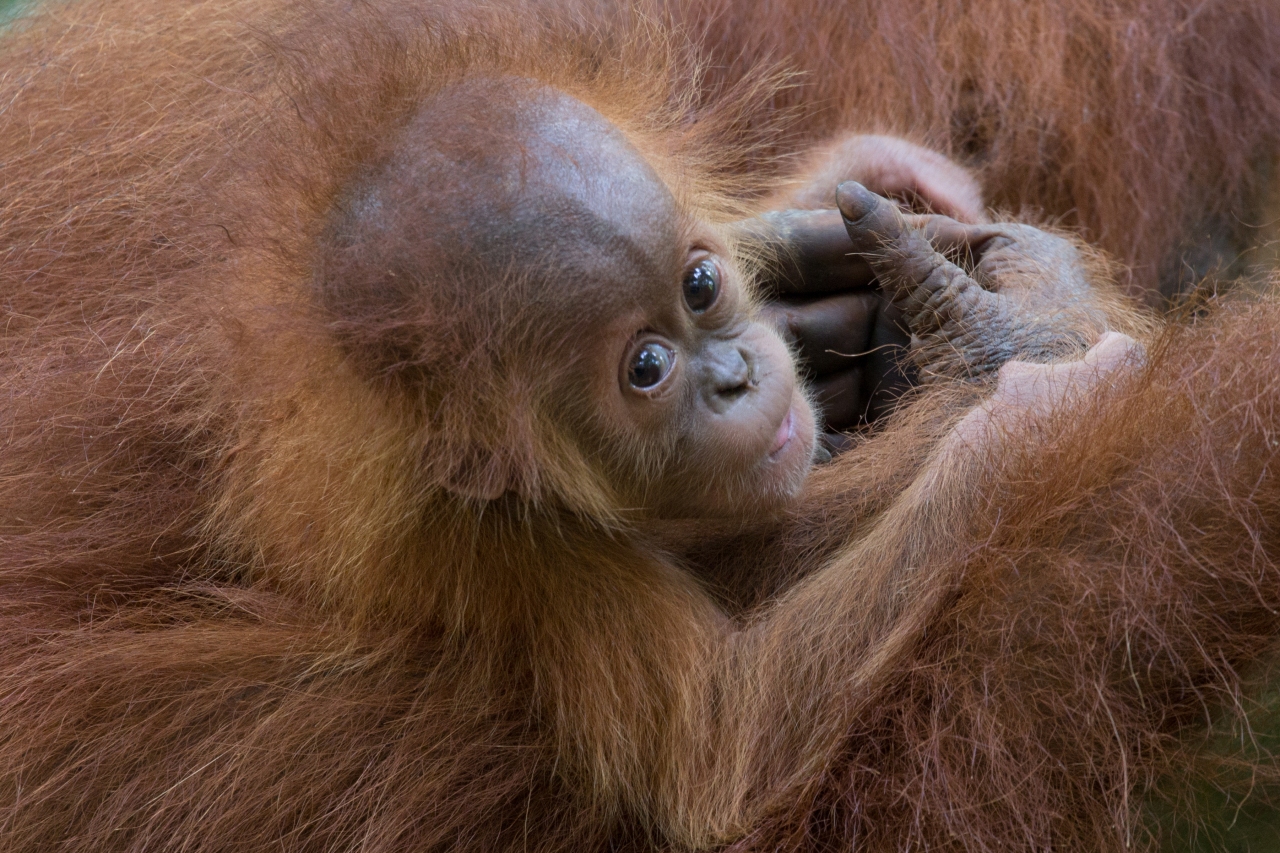