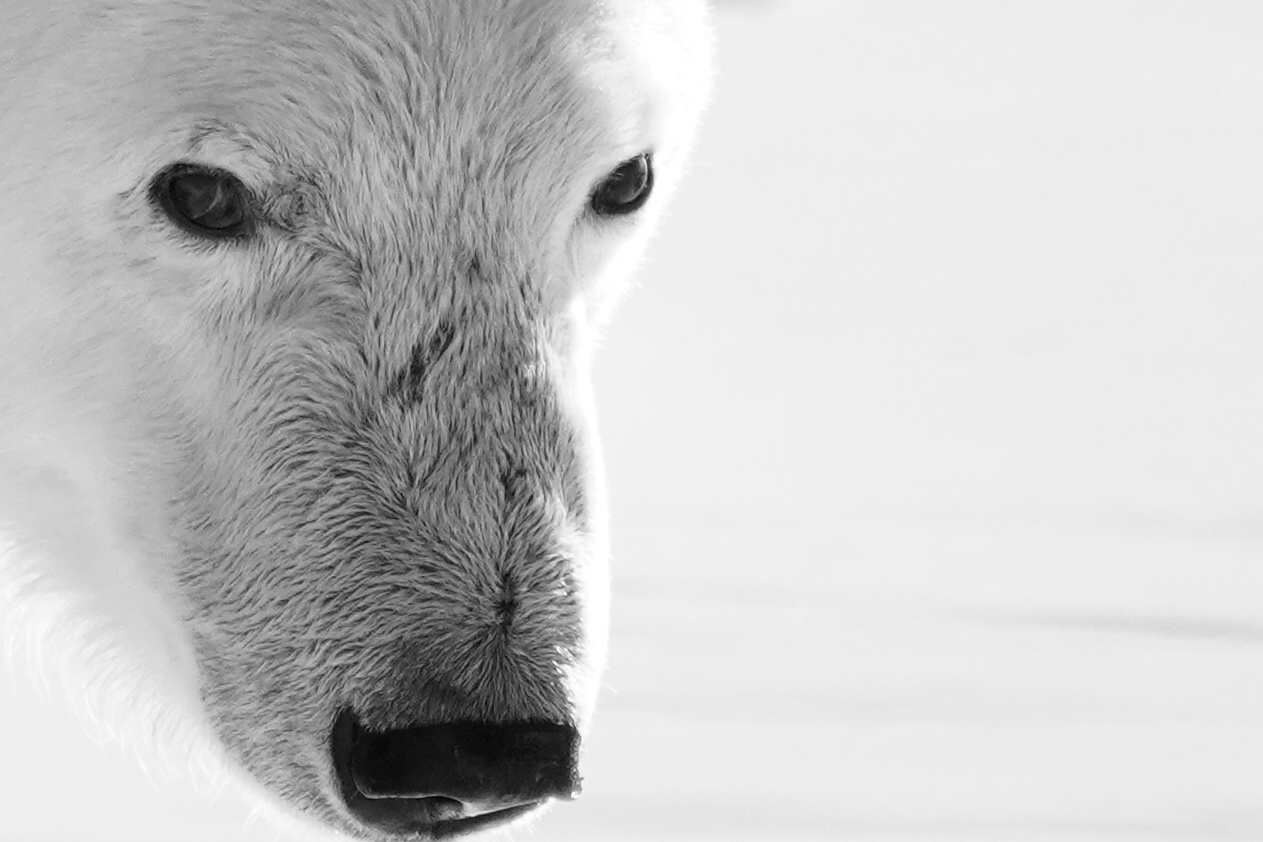 The email came unexpectedly. “We had a cancellation, would you be interested in the Svalbard trip next month?”, said Daniella from Squiver Tours. My thought was only momentary. A small ship, polar bears on the ice, with an inspirational photo leader in Marsel van Oosten and 20 year veteran polar guide Morten Jorgensen, who literally wrote the book on polar bear conservation.

Signed up immediately – beg for forgiveness later (thank you to both my work boss and home boss for understanding).

There are a lot of ships heading out for polar bears and other wildlife in the summer months, but only a few that head north as far as our plans. Our goal was not to see polar bears… it was to see polar bears ON ICE. That meant of course, getting to the ice. In not so many years ago, it might take less than a day to reach the ice where polar bears can live and hunt. This year was two full days of steam on the compact yet elegant Malmo, originally built in the early 1940’s.

It was light when we finally reached the ‘good’ ice as Morten said. But then again, this was literally 24 hours of daylight. Even Oslo reaches a slight overcast that counts for darkness. At 82′ north, it looks more ‘afternoon-ish’. 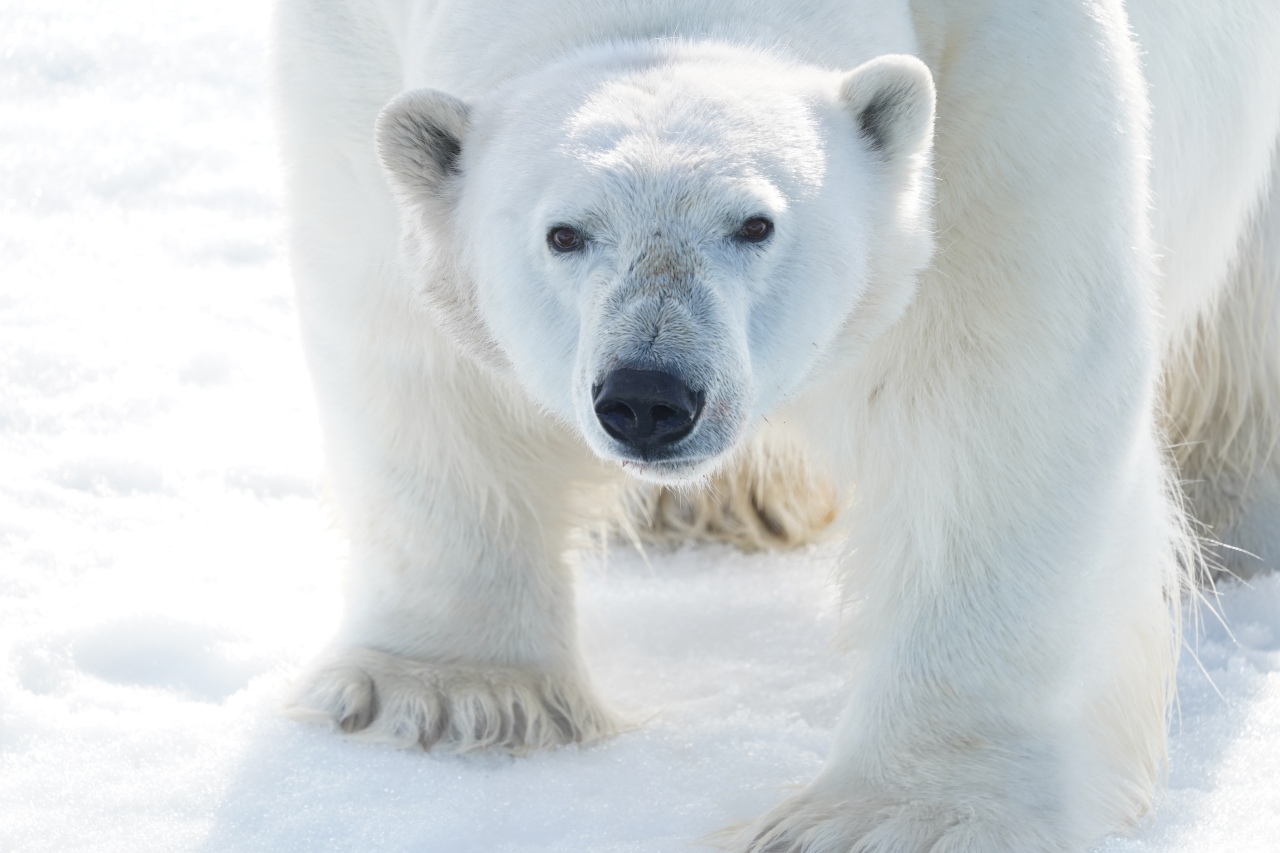 Luck, as it would throughout the entire trip, came big time. With Morten and his partner Nozomi-san at the top of the stack, we found our first bear almost straight away. As we slowly cruised, if you can call a whopping 2 knots cruising, we made our way towards the bear. Within the hour it became clear that we had an arctic puzzle on our hands.

What we found was a kill, a big beautiful diner full of blubbery yumminess that bears for miles around would be able to smell. As the ice shifted, we made our way toward the main course. But what a strange sight it was. 6 bears initially, a total of 9 shortly after, were feasting on a narwhal and a Greenland shark. As far as we could fathom, the unicorn of the sea, the narwhal had died somehow, drawing the ancient of the deep, the Greenland shark up from the depths. This particular shark did not arrive at the 300-400 years that has been the live expectancy of these strange and mysterious of all sharks. Maybe it came up to feed on the narwhal and was jumped by one or more of the bears (?). For two days, we watched in fascination as bears came and went, curiously explored the ship, and devoured every last bit of meat on those two magnificent carcasses. 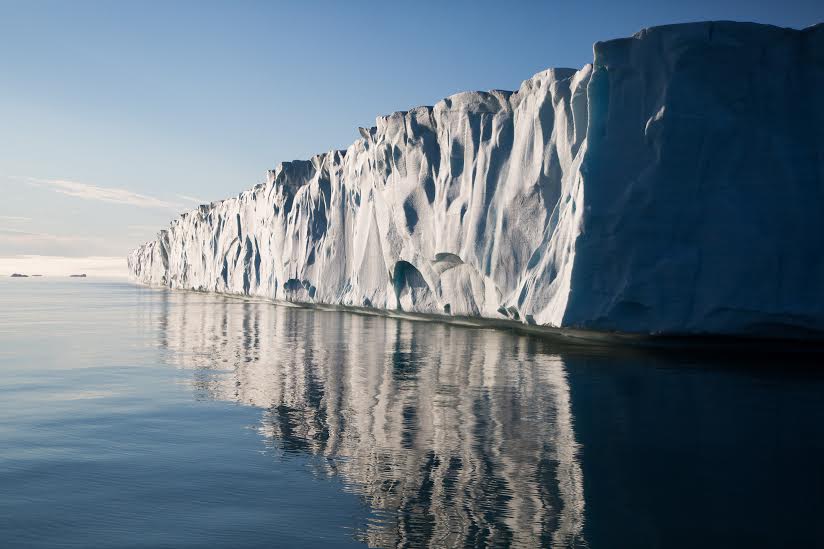 The ice wall – full of shadows and magnificence 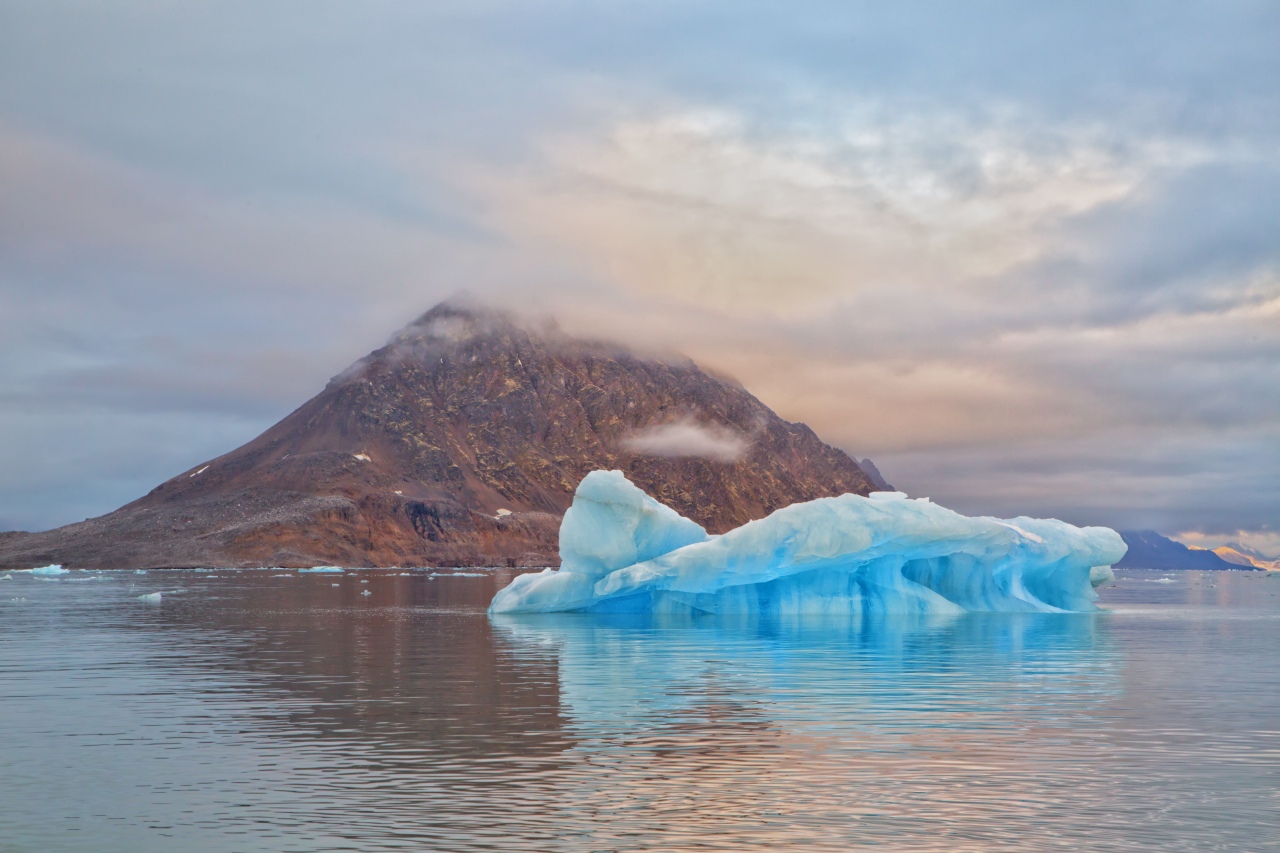 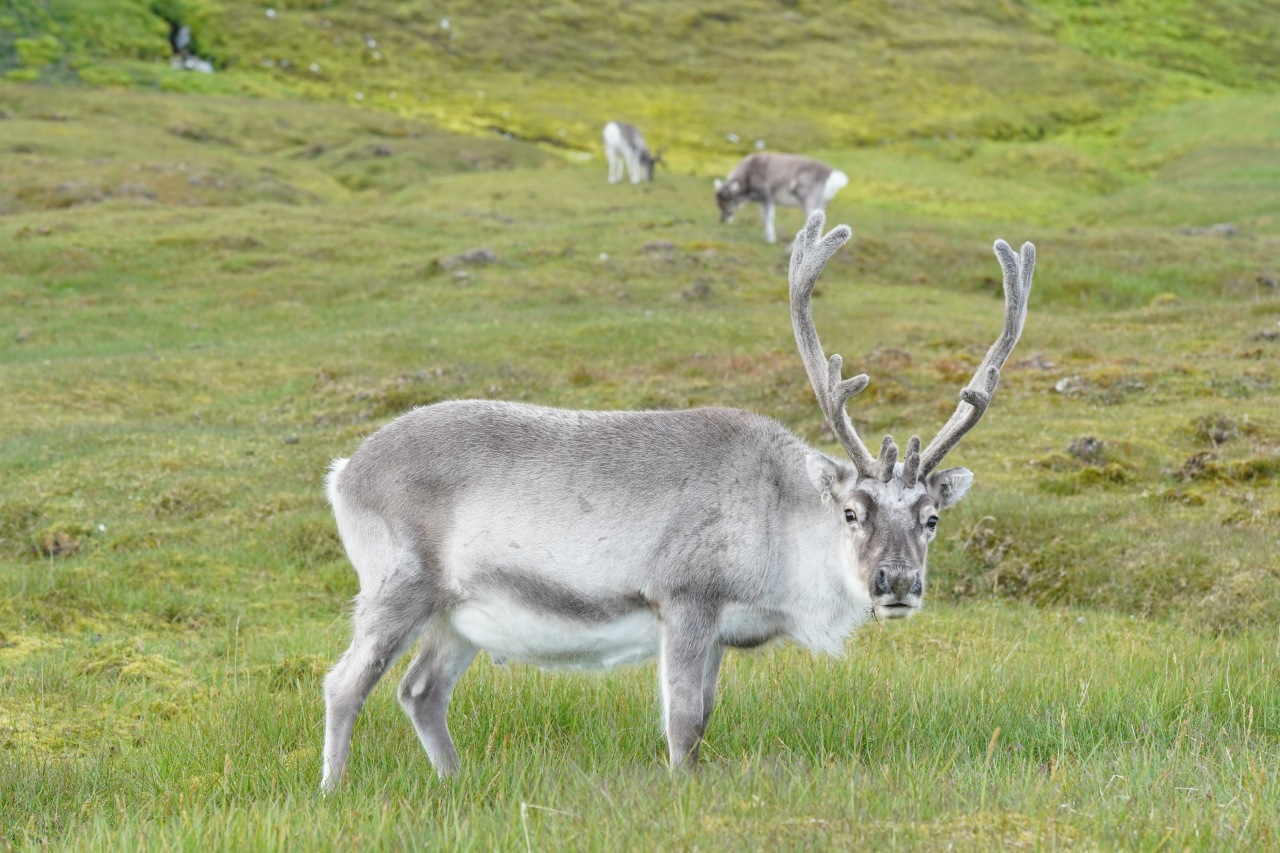 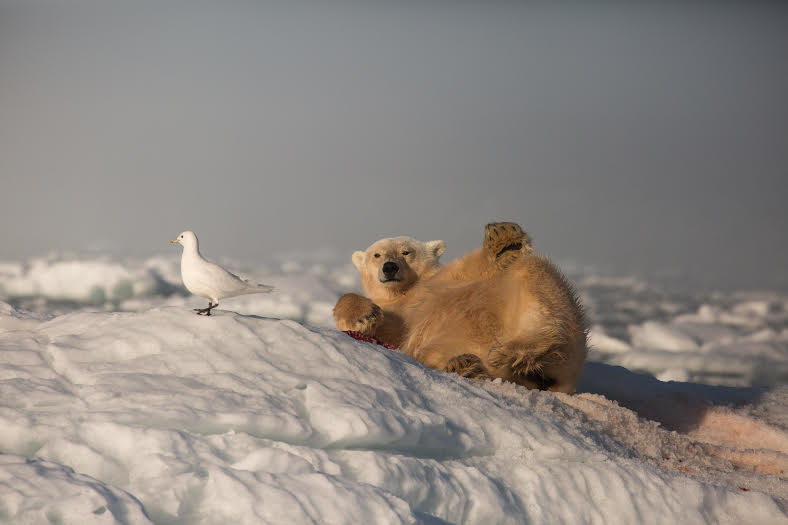 Scientists have theorized that the more time the bear spends in the water, the darker the coat. This one clearly lived on the ice floes and successfully hunted the seals therein. 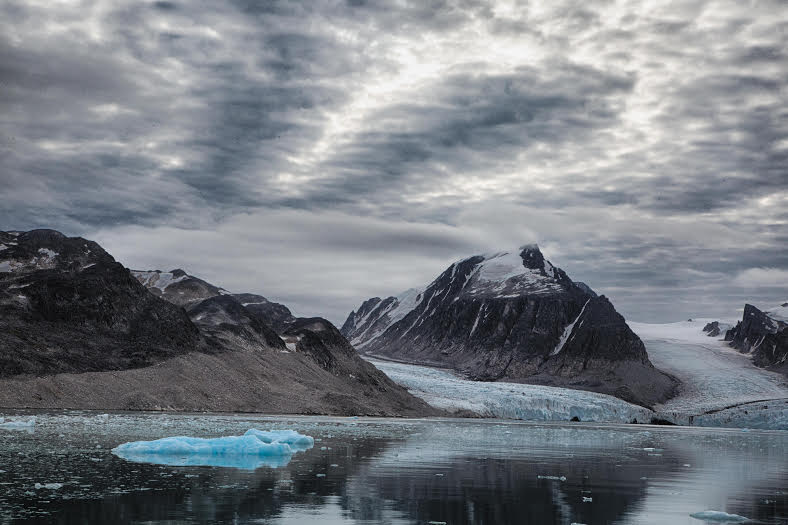 This wild cloud formation came among a ‘sunrise’ across a massive glacier caving in the summer heat.