Hanging Around at Morgan’s Rock

“It will take about 3 hrs to get there” says my guide.

I think, really? This isn’t a Costa Rican traffic jam. That’s why everything takes light years to get somewhere out of San Jose. This is Managua, Nicaragua. No one comes here right? It sits right next to the American invasion of Central America’s favorite country. Costa Rica, the Ticos, are amazing people with a full love of Adventure with a capital ‘A’. Pura Vida baby! Thankfully, it doesn’t seem as the invasion has made it south yet.

It takes three hours because the roads are two lane, and there are lots of animals in the roads. Kids playing here and there. A broken down truck. Potholes. But you know, it’s all good here. My guide humors my attempt to rekindle my Spanish and I accelerate faster than you can say Duolingo! (which by the way says I’m only 2% fluent, but hey I’m getting around fine!).

Morgan’s Rock doesn’t really sound like the posh eco-resort it is. A lovely 4,000 acres situated on the Pacific Coast, with more than half set aside for conservation and a haven for wildlife. The owners desire to create something that is sustainable, yet profitable, with a social impact on the community of San Juan del Sur is evident from the structures built into the volcanic hillsides to the scrupmtious meals served by the chefs.

What do sloths do all day? Well hang around on the beach apparently. The eco-resort is home to sloths, howler monkeys, white-faced capuchins, and lots of creepy crawly things that come out at night. There is an estuary where you can kayak up aways and enjoy the jungle and maybe see a caiman. 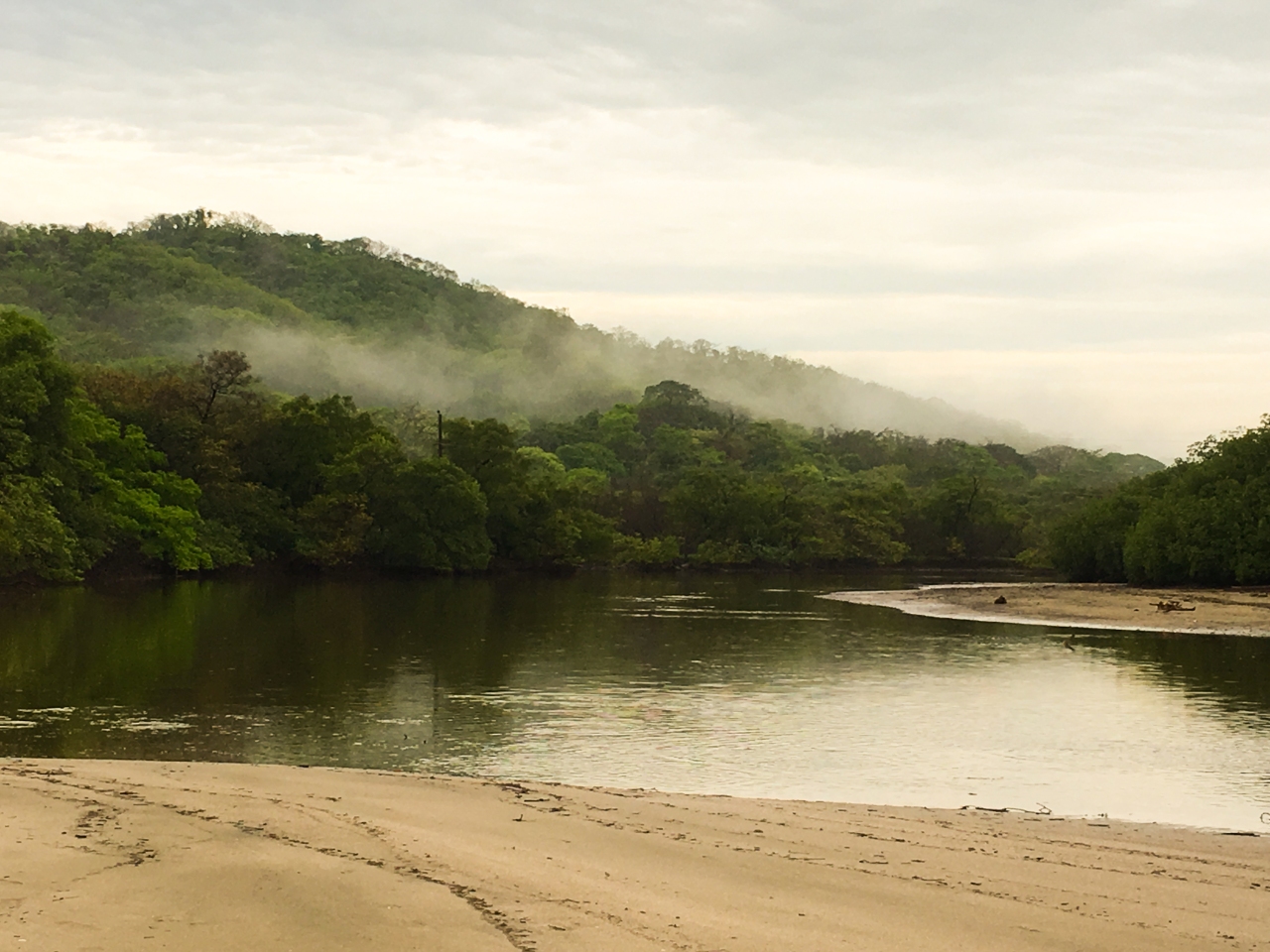 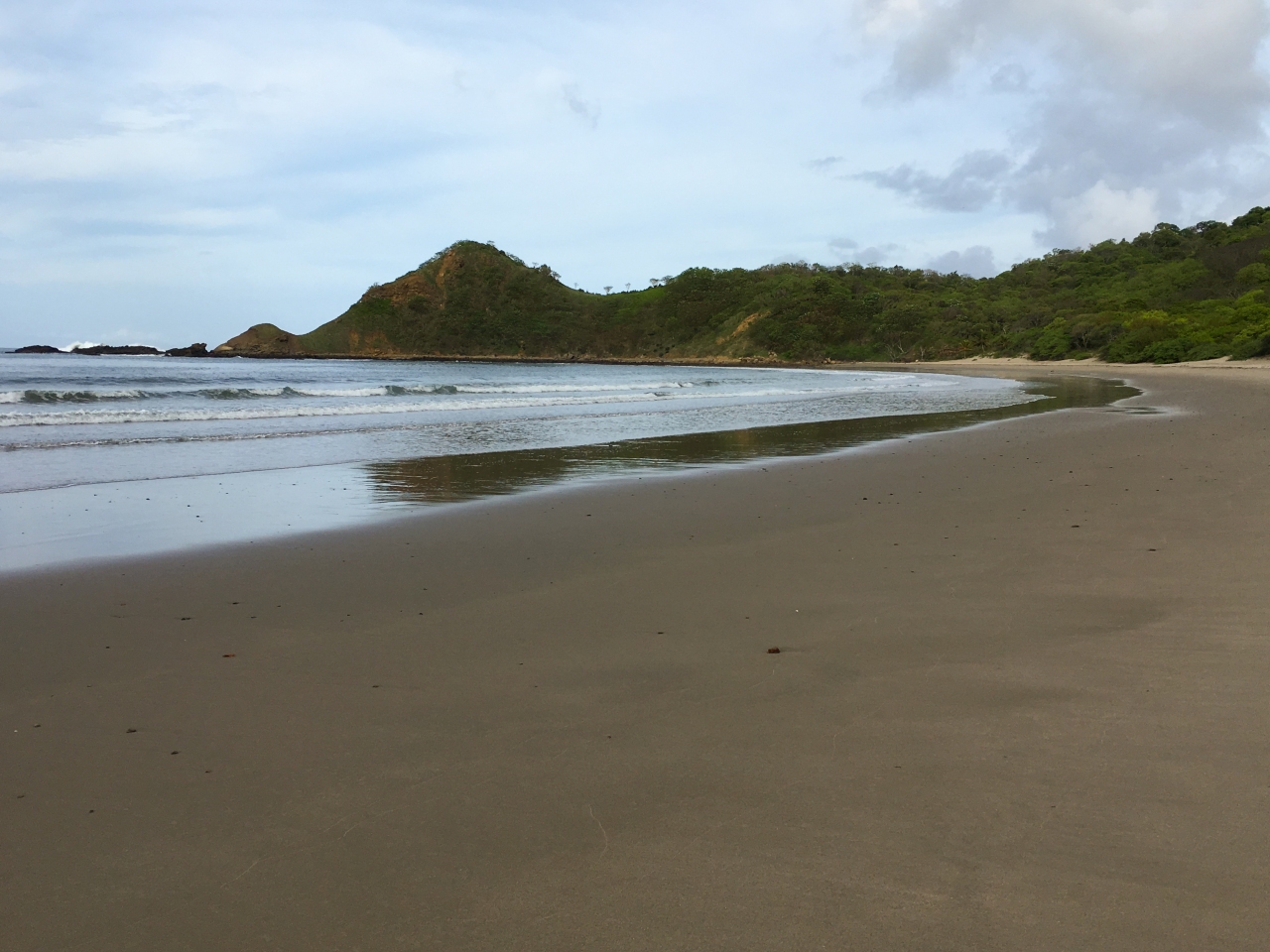 The beach at Morgan’s Rock is pretty quiet. There is a bar down on the beach, and the whole week I was there, I only saw two other people on the beach. The barman must have been bored to tears given this was the low season. I thought maybe I would go out on one of the surfboards and go under splashing and screaming ‘shark’ just to keep his spirits up but alas, the surf was not cooperating and not a dorsal fin in sight.

There are a lot of things to do, or avoid doing on the property. You could sit on your deck overlooking the surf and read all day, walk the beach endlessly and swim in the 80+ degree water to ‘cool off’, but hey, you’re in Nica – try some new things! So one day I took a trip to see Granada (amazing), the volcano (Masaya, which is active), and the Isletas on Lake Nicaragua (wonderful boat ride).

And you know that sloth? Well, at the end of my time, he was still there. Same tree, different elevation. Living the good life on the beach in Nica ain’t so bad. 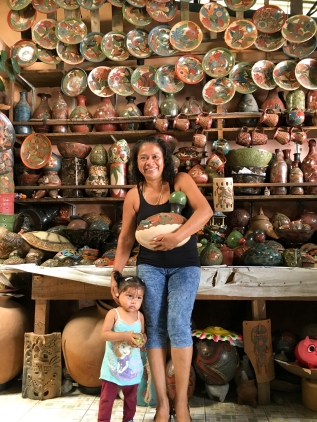